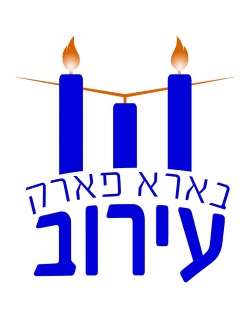 For me and you

We all need it. We all use it
more than we realize. Let’s support it. 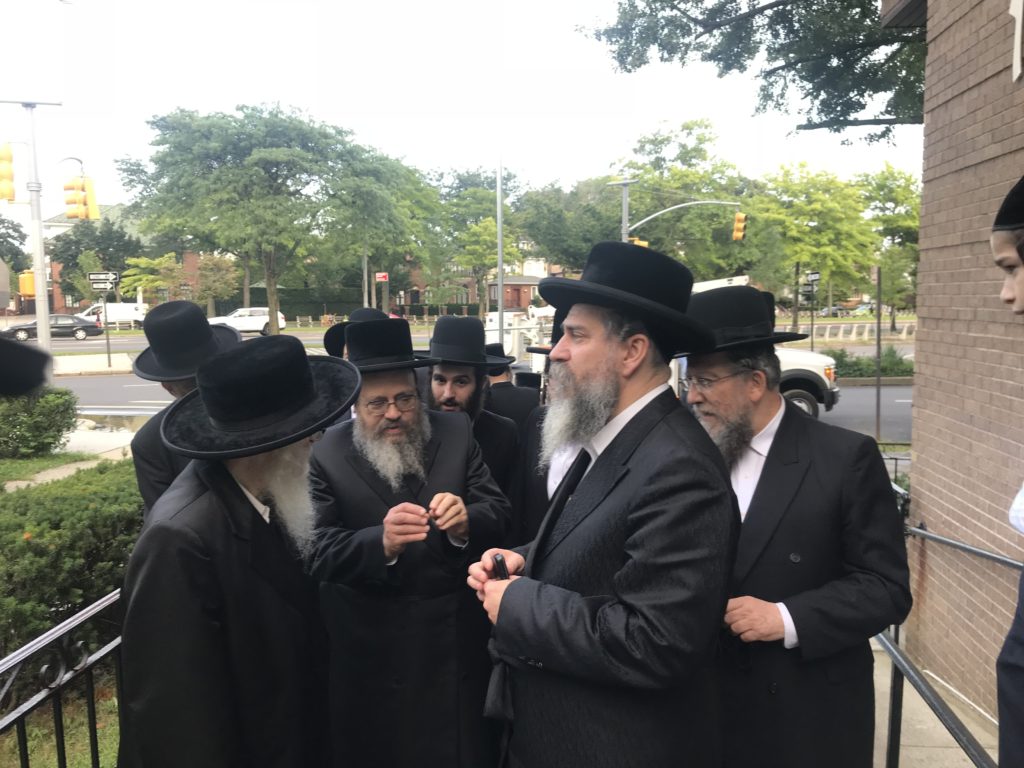 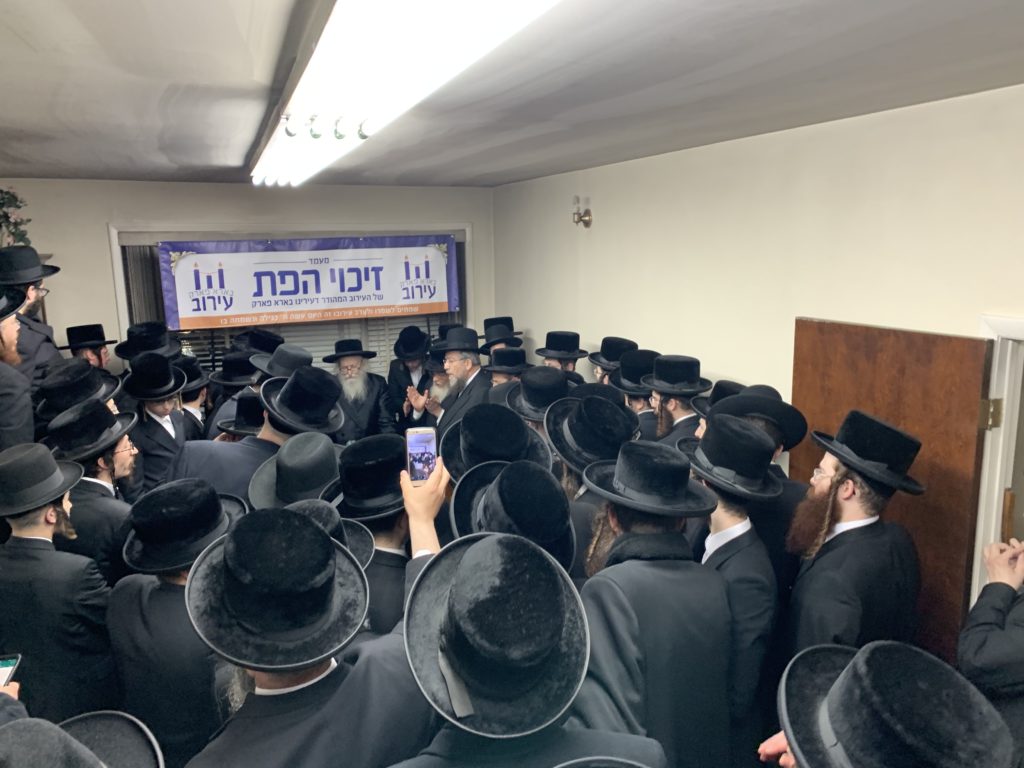 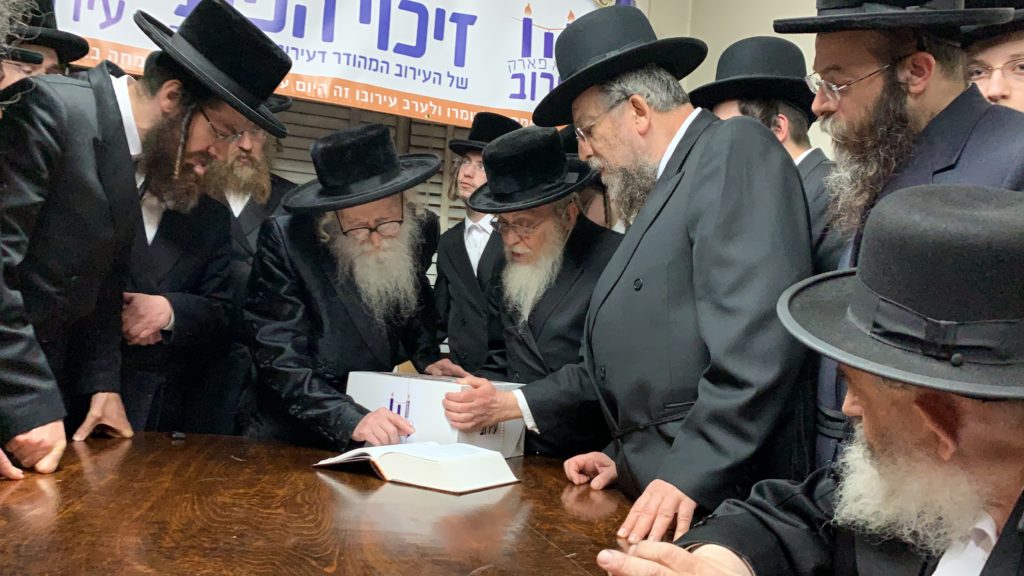 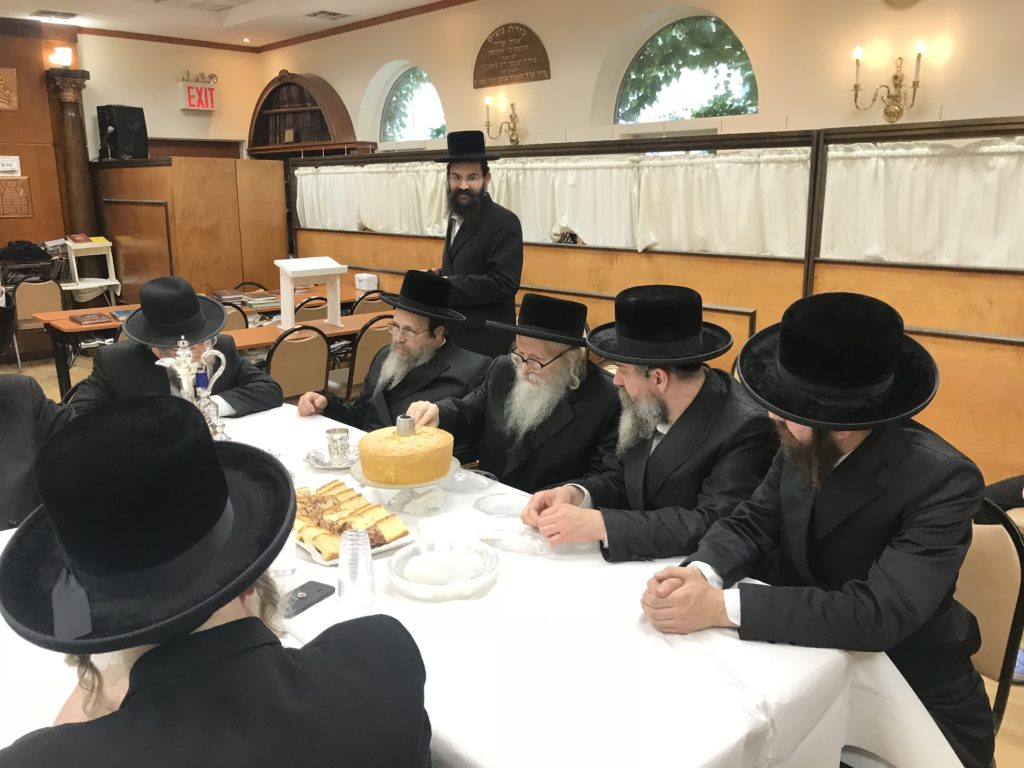 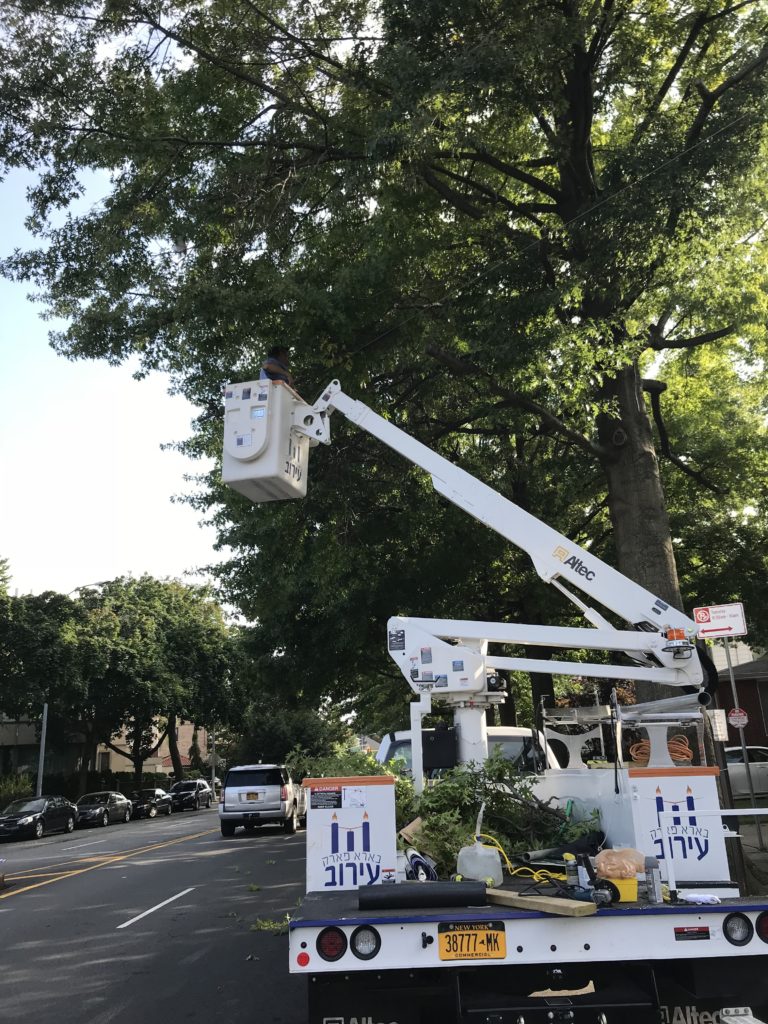 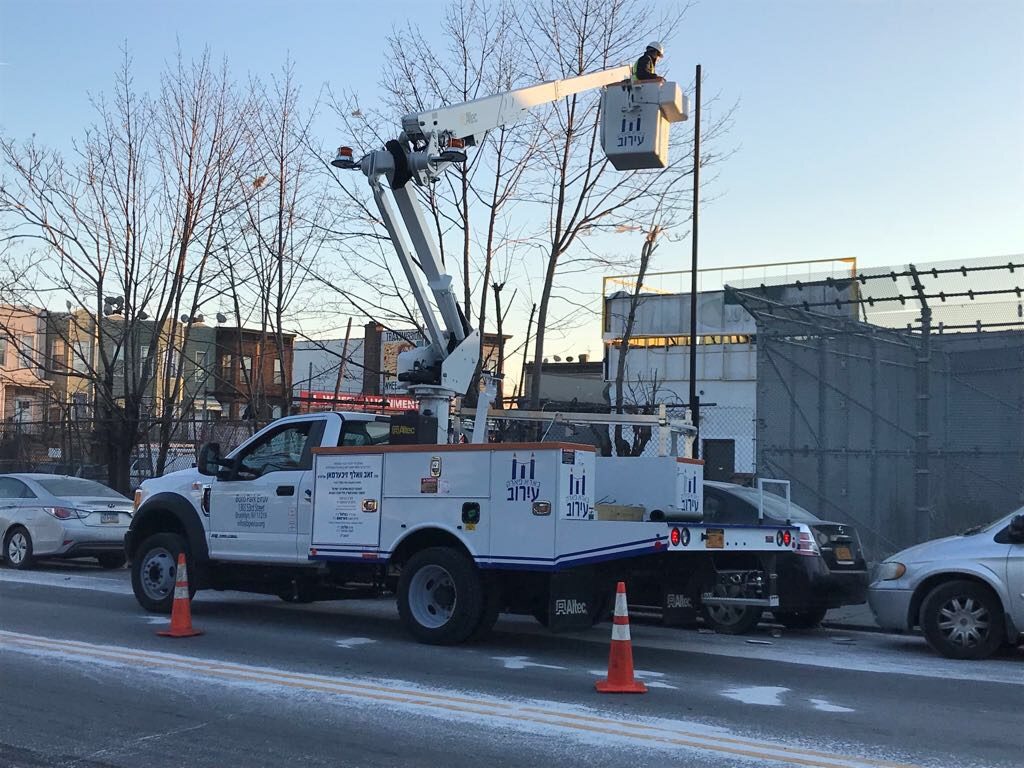 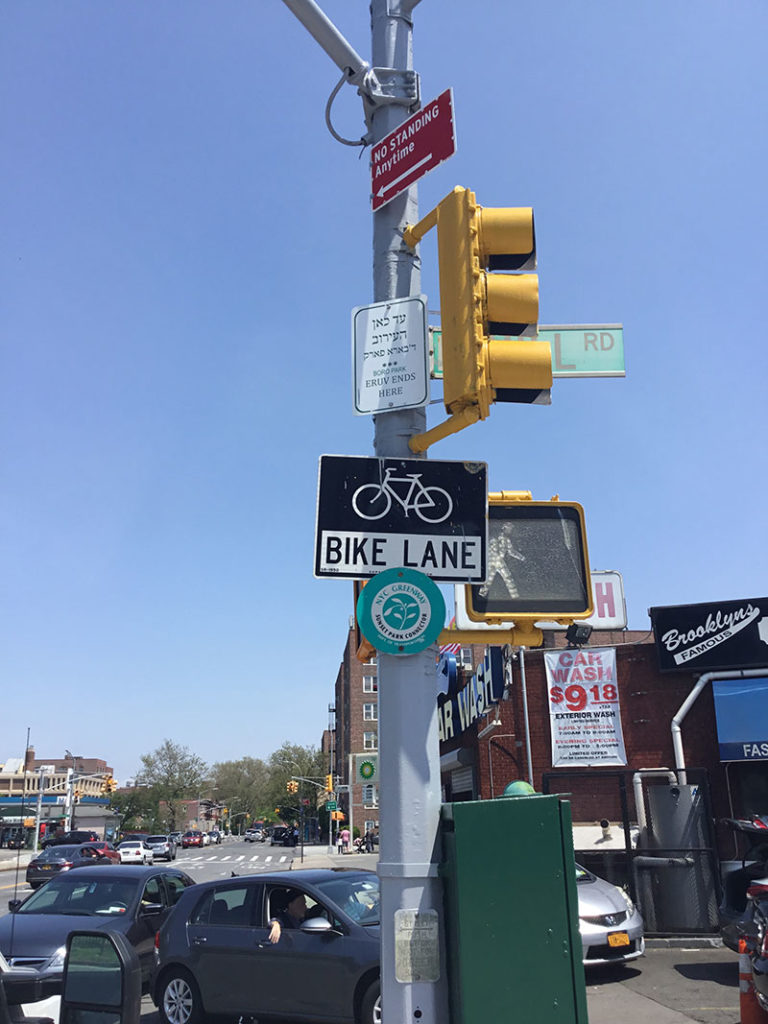 This is not a trick question:

We’re talking about the mehudar eiruv that surrounds our Boro Park neighborhood. Although you likely use it several times every Shabbos throughout the year, you only hear about it once a year.

Yes! The annual Eiruv Campaign has begun! It’s nearly impossible to describe the innumerable benefits of the eiruv in the scope of this one article but let’s start:

Where else does one find a communal project that benefits an entire neighborhood on a weekly basis? The eiruv allows residents of our neighborhood to easily carry objects in and out of our homes on Shabbos.

It’s easy to take the eiruv for granted and underestimate the magnitude of the entire operation. However, the Boro Park Eiruv has an astronomical annual budget of hundreds of thousands of dollars! That’s because it’s one of the biggest, most Mehudar eiruvin in the world, as many Rabbanim from around the world continually attest.

Below are several examples that demonstrate the tremendous amount of work that goes into ensuring a proper eiruv:

One of the biggest hiddurim of the Boro Park Eiruv – which other eiruvin generally don’t have – is the fact that the entire eiruv consists of actual mechitzos habatim. (In a case where mechitzas habatim is not possible, the Boro Park Eiruv ensures that there is a tziras hapesach.) This involves lots of work, time and money, and requires constant supervision over the mechitzos.

Every single week, rain or shine, a group of mashgichim under the auspices of the Serdaheli Rav shlita, check the eiruv. Each mashgiach is assigned his designated area of the eiruv which is his responsibility to check up on every Erev Shabbos. A case in point demonstrates how crucial this is: One Erev Shabbos, as one of the mashgichim was checking the eiruv in his area, he noticed that in one spot the MTA tore down a wall. It was already 2:00 p.m., several hours before Shabbos. The technicians were immediately called to the site, whereupon they built a new wall so that they eiruv would be completely mehudar before Shabbos. IT ALL ADDS UP.

The Boro Park Eiruv possesses its own station for all the necessary machinery and supplies. In accordance with the directive of the Sedraheli Rav, shlita, the Boro Park Eiruv only uses top-quality metal poles and string. IT ALL ADDS UP.

Oftentimes, the location of the mechitzah changes ownership and it then becomes necessary to pay rent to the new owner so that everything continues to run smoothly. Oftentimes, we need to accommodate the new owners’ specific requests regarding the landscaping and aesthetics of their property. Some owners demand an expensive insurance policy to protect them from potential property damage. The Boro Park Eiruv ensures that all of the above is arranged satisfactorily, and within the parameters of halachah. IT ALL ADDS UP.

The Boro Park Eiruv employs technicians who are available 24 hours a day, in the heat and the cold, to fix whatever is necessary. In the last 20 years, our neighborhood has endured many stormy weathers – rain, winds, snowstorms, hurricanes, etc. – and Baruch Hashem the eiruv has withstood them all, thanks to the massive operation and intense preparations prior to any anticipated storms or unexpected last-minute emergencies. For instance, last year a pole that supported the eiruv toppled during an accident and our technicians were immediately dispatched to ensure that the eiruv was restored and standing properly before Shabbos. IT ALL ADDS UP.

We all appreciate the eiruv and its benefits. Let’s support it too! For the minimal amount of just $2 a Shabbos, one for zachor and one for shamor, you become a partner and supporter of your neighborhood eiruv. Yes, IT ALL ADDS UP. All Eiruv Supporters will iy”H receive a piece of matzah from the eiruv chatzeiros, packaged in a beautiful Birchas Habayis that will enhance your home.

You can have the full zechus of the eiruv for a Shabbos.

During momentous occasions, such as a simchah or yartzeit, there is no greater zechus than supporting your eiruv and enabling the whole neighborhood to have a true simchas Shabbos! In addition, you will have the zechus to accompany the Serdaheli Rav, shlita, during one of his rounds to the check the eiruv on Erev Shabbos.The Shabbos will surely repay you, as our Chazal have assured us, “Kol hame’aneg es haShabbos nosnim lo mishalos libo v’nachalah b’li metzarim.” And let us not forget our Chazal have guaranteed us that the amount of money one earns is predetermined from Rosh Hashanah through Rosh Hashanah, excluding the expenses of Shabbos and Yom Tov!